DNMT3A: Why and How to test this Important Gene in Acute Myeloid Leukemia

DNMT3A: Why and How to test this Important Gene in Acute Myeloid Leukemia

DNMT3A codes for the enzyme DNA methyltransferase 3A that facilitates DNA methylation, thus playing a major role in epigenetic regulation of gene expression. In 2010, the first carcinogenic mutations in DNMT3A were identified1, which have since been found to occur in AML, T-cell ALL, MDS and MPN among others. In AML, DNMT3A mutations occur at 20-25%, similar to the high frequency of NPM1 and FLT3 mutations, and can also co-occur with those mutations2,3. 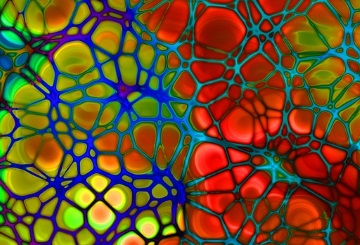 The most prevalent mutations in DNMT3A occur at R882 as substitution mutations leading to amino acid change affecting enzyme function. These occur at 60-80% prevalence, while missense mutations at other sites have been reported at 20%4. Truncation mutations leading to incomplete proteins have also been reported. Coinciding with prevalence, the clinical significance of R882 mutations is also high with evidence for poor prognosis in pediatric and adult AML. Missense mutations at sites other than R882 may also have adverse, albeit lower, clinical impact, while truncation mutants have been reported to be benign, and are suggested to be treated as wildtype4. This has been postulated to be because while the missense mutants may act in a dominant-negative fashion, the truncating mutants may be haploinsufficient. However, more research on the biochemical pathway is necessary to elucidate the precise mechanism.

Most of the literature focuses on R882 mutations in AML owing to increasing evidence of its adverse impact vis-à-vis non-R882 mutations. The former have been shown to cause higher disturbances to methylation patterns than the latter5. DNMT3A R882 mutations are best diagnosed using PCR which offers the highest sensitivity6, while sequencing methods will offer an unbiased approach to diagnose a mutation at any site within the sequence.

There is now overwhelming evidence including meta-analyses demonstrating the independent poor-risk status of DNMT3A R882 mutation in AML with regard to both high risk of relapse and lower overall survival3. DNMT3A mutations predominantly occur in the intermediate-risk cytogenetic subgroups. DNMT3A R882 mutation has an unfavourable prognosis (OR 1.35 to 1.7) for AML patients3,4 similar to FLT3 mutation. Among further similarities, the mutation appears more frequently in patients with NPM1 mutation. A robust study has claimed up to 80% of DNMT3A mutations occur with NPM1, and further than 41% also had FLT3-ITD mutation4. Thus, the status of DNMT3A gains importance as these patients in the absence of FLT3 mutation would be considered to have favourable prognosis, which would alter in the presence of the unfavourable DNMT3A mutation necessitating treatment modification.

While DNMT3A mutations appear as essential prognostic markers for AML, their use in MRD may not be relevant because of their continued presence during remission despite clearance of other molecular markers6. Hence DNMT3A as MRD marker is likely to complicate clinical decision-making without current evidence for any useful purposes.

In terms of therapeutic management however, there is no convincing evidence on reducing risk for DNMT3A mutations in particular. Though it was previously suggested that high-dose daunorubicin benefits patients with DNMT3A R882 mutation7, the same group in a follow-up study has recently demonstrated its benefit across all risk and cytogenetic subgroups of AML8. Similarly, idarubicin is shown to improve outcome for patients with DNMT3A mutation, but further independent evidence would be required before incorporating it into treatment regimens9. Currently the most promising drug candidate for DNMT3A mutation stems from preclinical research where lysine methyltransferase DOT1L-inhibitor SGC0946 was shown to reverse the gene expression and oncogenic changes induced by DNMT3A10. While a promising drug candidate, clinical trials and regulatory approval are likely to take a few years before its benefits are realized.