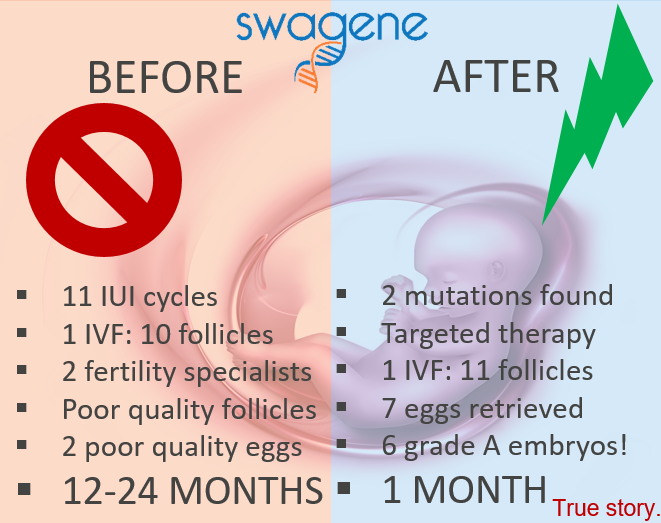 Sheela (true story, name changed) had gone through a lot ever since she wanted to become a mother. She and her husband found out that they were not conceiving, and the possibility of being infertile was just too difficult to contemplate.

In a while though they started consulting fertility specialists. Sheela was counselled about IUI (intrauterine insemination) and they started on the induction cycles. She underwent five IUI cycles with her doctor, and unfortunately did not get any good quality follicles for her to proceed in the five months.

After a while, she consulted another doctor, who again put her through six cycles of IUI. The results were again the same – poor quality follicles that could not be used. Eventually, her doctor gave Sheela hormone stimulation (150 IU rh-FSH). But she still got only two poor quality eggs, and could not progress for IVF.

By now, 12-24 months of fertility treatment had been done. Sheela being 32 years old, her doctor decided not to waste any more time and sent her to Swagene for testing. We found that Sheela had three genetic variations (FSH receptor and estrogen receptor type I polymorphisms) that made her a poor responder to fertility treatment, and suggested ways of overcoming them.

In the next cycle, the doctor followed the targeted treatment suggestion, and using 450 IU rh-FSH, they got 11 fantastic follicles and retrieved seven good quality eggs. Of these, they preserved six grade A embryos, the best quality, for use in subsequent IVF towards a successful pregnancy!

Instead of the 12-24 months of struggle, get your early fix using Swagene’s fertility Precision Medicine.