Beta-blockers and Personalized treatment of Hypertension: A Literature Review

Beta-blockers and Personalized treatment of Hypertension: A Literature Review 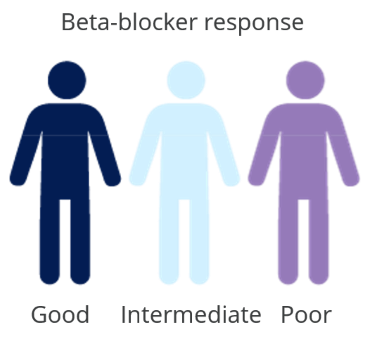 30 to 60% of hypertensive patients who are on beta-blocker monotherapy fail to respond adequately. This variation in response is accounted for by a genetic polymorphism in the ADRB1 gene, which encodes the adrenergic beta-receptor type-1 to which the drug binds to exert an antagonistic effect. The ADRB1 variant (1165C>G) inherently confers a beta-blocker-like effect, thereby making beta-blocker treatment redundant. Patients with wildtype ADRB1 will benefit from beta-blocker therapy, while patients with one copy of variant may need combination therapy. Individuals with two copies of variant are largely resistant to beta-blockers.