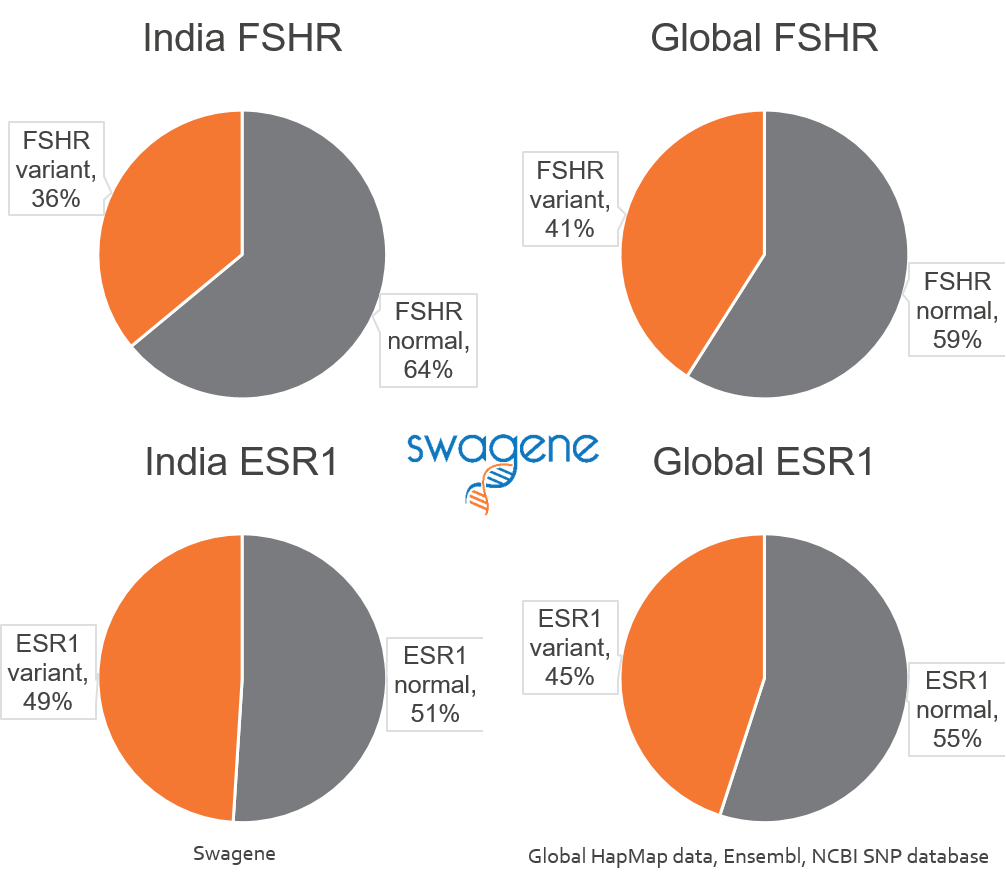 It has been known for over two decades now that FSH receptor polymorphism, followed by estrogen receptor polymorphism, contribute to subfertility in women. Over the last decade, several studies have emerged noting the overrepresentation of these genetic variations in women undergoing IVF. They have further found conclusively that increasing the gonadotropin FSH dosage during controlled ovarian stimulation procedures lead to transforming the response of women with these polymorphisms from poor to good leading to equivalent success rates.

Globally, the FSH receptor and estrogen receptor type I polymorphisms have been found to occur at a prevalence of 41% and 45%, respectively. We found that the Indian population very closely matched these numbers with 36% and 49%, respectively, for the FSH and estrogen receptors (Figure 1). This conclusively proves that these polymorphisms are widely prevalent in Indians. However, considering that our sample consisted of infertile women alone, it is possible that the prevalence is lower than the global population when fertile females are also taken into account. This was not tested here.

We further stratified our patient population and considered the subjects that were identified as prior poor responders to gonadotropin stimulation. Significantly, among this subset, FSH receptor polymorphism was more than twice as common as the wildtype prevalence confirming its role in subfertile genetics in Indian women (Figure 2, top). 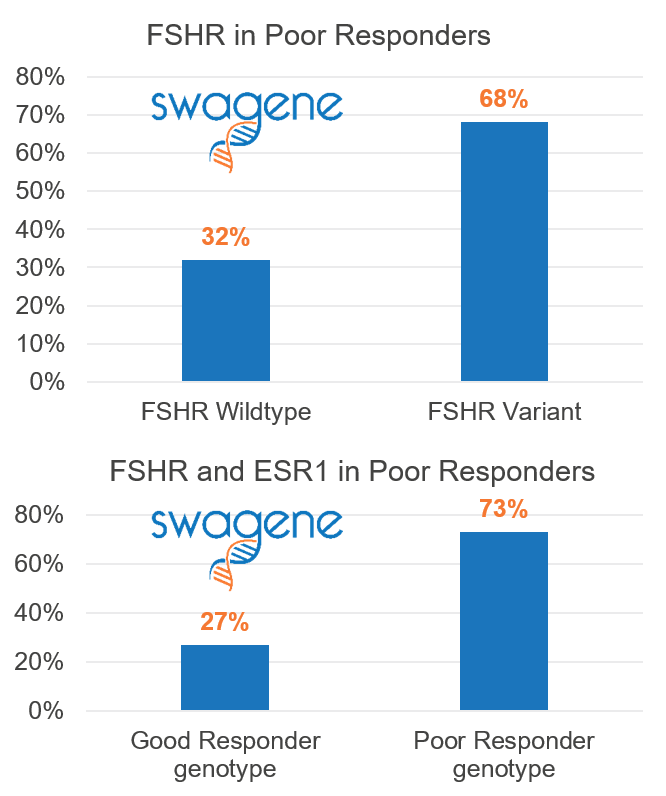 This stratification now very closely follows studies across the world where poor responder genotypes have been observed in ~75% of women undergoing IVF, although in our case we were only testing for the converse because of the retrospective nature of the analysis.

Remarkably, a woman that presented with OHSS (ovarian hyperstimulation syndrome) upon low dose clomiphene citrate had only wildtype versions of both the FSH and estrogen receptors indicating absence of subfertile genetics.

A retrospective analysis of all 62 women referred to our clinical lab over a period of two months in 2016 from infertility centres in India who were tested for the polymorphisms using allele-specific real-time PCR in genomic DNA from blood or buccal swab.

We have been testing these polymorphisms and offering them to fertility centres in India in order to improve fertility treatment outcomes in IVF. These results are therefore from a clinical lab with referred patient population.

The polymorphisms referred to are the FSHR N680S (Asn680Ser), and ESR1 PvuII.