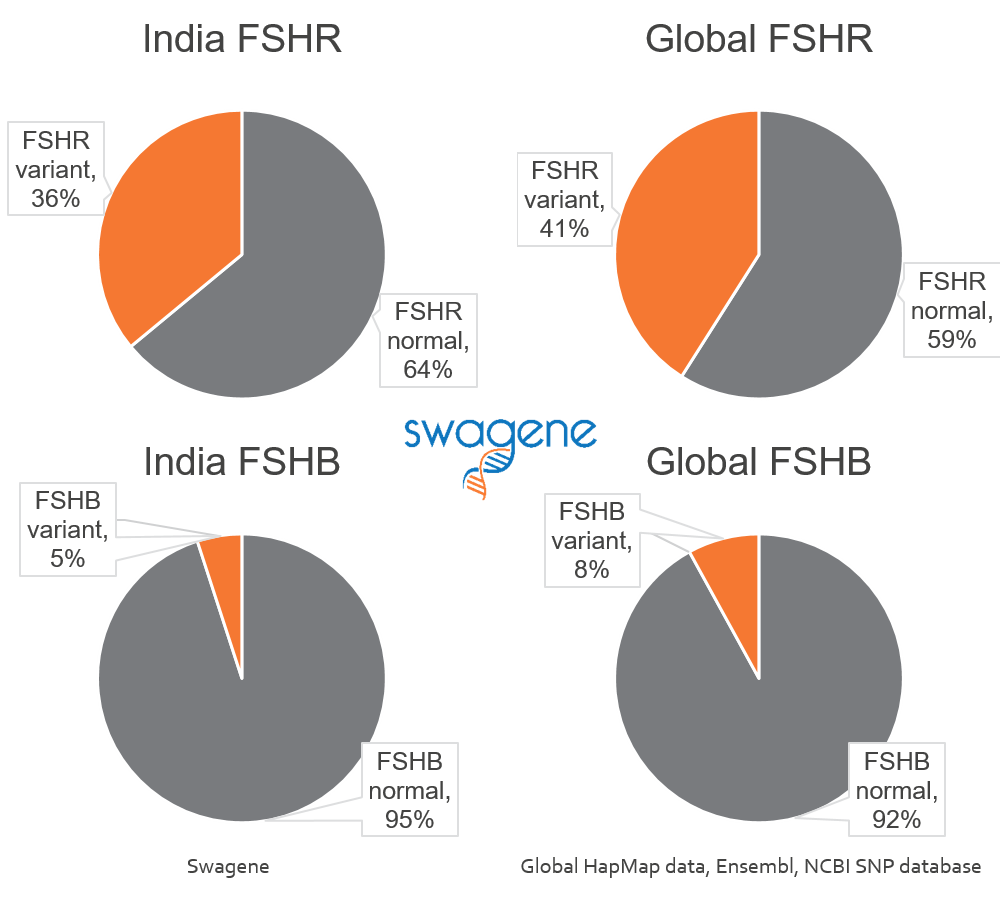 Remarkably, a couple of landmark, well-designed studies found that only men with these genetic variations in FSH receptor and beta, but not those with wildtype, respond to short-term FSH therapy by showing significant improvements in several sperm parameters such as sperm count, concentration, motility, and morphology. Another study has similarly shown improvement in sperm DNA fragmentation levels on FSH therapy only in men with the genetic polymorphisms. With such striking evidence and conclusive knowledge of the importance of FSH for qualitatively and quantitatively good spermatogenesis, this genetic test was primed for immediate clinical use in infertility centres.

Globally, the FSH receptor and beta-subunit polymorphisms have been found to occur at a prevalence of 41% and 8%, respectively. We found that the Indian population very closely matched these numbers with 36% and 5%, respectively, for the FSH receptor and beta genes (Figure 1). This conclusively proves that these polymorphisms denoting subfertility are widely prevalent in Indians. 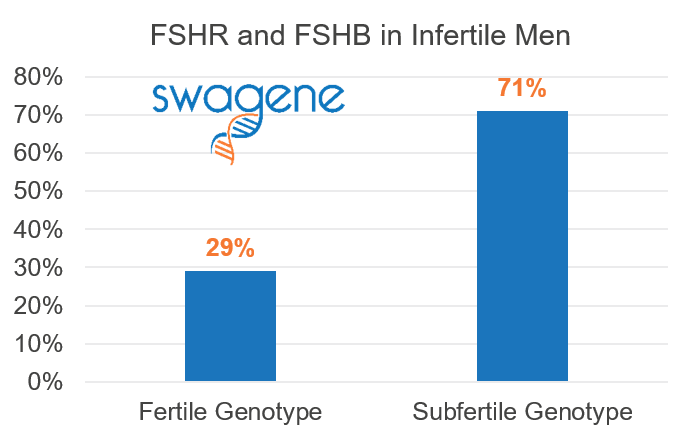 We then stratified this population and took into account only those men that were identified as having azoospermia or oligozoospermia. Within this subset, we found a significant 71% of these men carried variations in FSH receptor and/or beta-subunit, and only 29% were completely wildtype for both (Figure 2). This proportion is likely to be even higher if we had considered men with high sperm DNA fragmentation and other abnormal sperm parameters.

This would mean that these 71% of men would respond remarkably to short-term exogenous FSH therapy, while the other 29% will not respond, making such genetic testing an important part of the clinical algorithm in the treatment of male infertility.

A retrospective analysis of all 40 men referred to our clinical lab over a period of two months in 2016 from infertility centres in India who were tested for the polymorphisms using allele-specific real-time PCR in genomic DNA from blood or buccal swab.

We have been testing these polymorphisms and offering them to fertility centres in India in order to improve fertility treatment outcomes for men. These results are therefore from a clinical lab with referred patient population.