Why Genital Tuberculosis is an Important Issue and How to deal with it?

Why Genital Tuberculosis is an Important Issue and How to deal with it?

The burden of tuberculosis (TB) in India is the highest, accounting for one-fifth (21%) of the global incidence [1]. TB affecting organs other than the lungs is known as extrapulmonary TB (EPTB). The 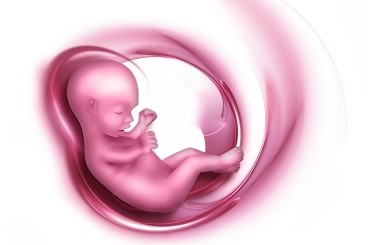 paucibacillary smear status and localization into sites with limited ability to transmit makes EPTB potentially less contagious and thus is not addressed as a priority. The percentage of patients with EPTB in tertiary care centers in India is reported between 30% and 53%, while the percentage estimated by the national control program in India for HIV-negative adults is between 15% and 20% [2]. It has been found that the burden of EPTB is more among the productive age group and females are at a higher risk of contracting EPTB in comparison to males [3].

However, genital TB is less assessed and reported because of asymptomatic disease presentation, diagnostic challenges and absence of supporting literature. Genital TB, a reproductive tract infection (RTI) is known to result in infertility through an irreversible damage to the fallopian tubes [4]. Independent studies from India have found genital TB to be prevalent in infertility in the range of 13-39 % [5,6].  Development of better diagnostic techniques for genital TB in women will help identify asymptomatic disease and also assist in the treatment of infection and thereby infertility.

Many studies for diagnosis of genital TB have identified biopsy combined with swab or menstrual blood and have consequently reported varying success rates of TB detection [4,6,7,8].

Diagnosis of genital TB is primarily done through clinical observation and confirmed using histopathology. Recent studies indicate the superiority of PCR-based detection over conventional techniques [9,10,11]. Use of sensitive PCR-based diagnostics would not only add specificity to the assay but also reduce the turnaround time as compared to the conventional techniques such as culture and smear microscopy.

The incidence of pulmonary infections by NTM is more or less known [12], but that of EPTB and in particular genital TB has received less attention in a TB endemic region, like India [9,13]. Reliance on techniques which do not allow distinction between typical and atypical mycobacteria delays access to targeted treatment resulting in avoidable complications and fatalities

The increased prevalence of multidrug resistant strains of tuberculosis in the environment and thus an increased exposure necessitates knowledge of the infecting strain to guide treatment regimens for complete bacterial clearance.

As the treatment regimen is several months long, it is important to ensure bacterial clearance during and after therapy. There are also reports of bacterium acquiring drug resistance even with a compliant Directly observed treatment short course (DOTS) [14,15].